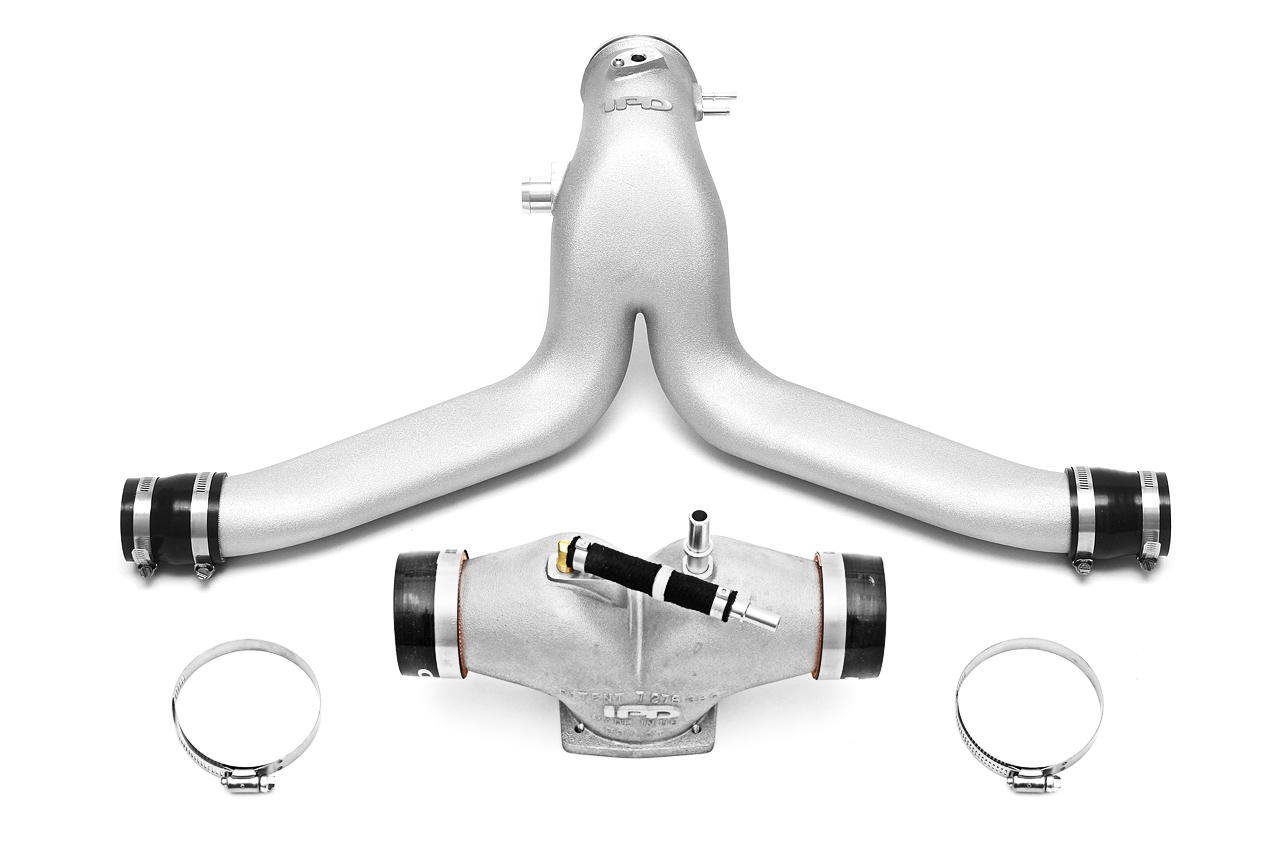 The incredible 997 Porsche Turbo is the most revolutionary and capable Porsche Turbo to ever come out of Germany. The already explosive power can be further increased with the new 997 Turbo IPD Intake Plenums.

The patented IPD Plenum design works exceptionally well with all forced induction applications and the 997 Turbo is no exception. Power and torque increases provided by the IPD plenum are impressive and stay over and above all factory power curves from launch to redline. Maximum power increases take place in the midrange where it's most needed and most critical.

Turbo customers looking to increase engine power without pushing the motorsport envelope to redline would best benefit from the 74mm IPD Turbo Plenum.

This version of the 997 Turbo plenum utilizes the factory 74mm throttle body and delivers impressive performance gains for both stock and slightly modified Turbos with exhaust and software. Beyond these performance mods we recommend upgrading to the larger 82mm IPD Turbo Plenum.

This larger version Plenum is also designed to perform with the higher flowing IPD “Y” Pipe.

The revolutionary 997 Turbo IPD “Y” Pipe was built for the more demanding Turbo performance customer. This is not a cast reproduction of the factory Y pipe but a complete re-design from scratch, developed to deliver even greater air flow for both stock AND highly modified Turbos.

The factory Y pipe becomes restrictive when adding substantial power gains. The IPD “Y” Pipe has larger inlets and an optimized diversion area allowing for even greater power gains. This superior and more efficient design flows 126 more cfm than the factory Y pipe delivering the additional power needed to raise the performance bar on any Turbo.

Bigger isn't always better, and the IPD “Y” Pipe is designed to deliver optimum flow without being too large causing a loss in boost response.  These “Y” Pipes can also be special ordered in custom powder coated colors and ceramic coatings or polished to improve the aesthetic appeal of your Turbo engine.

The IPD 997 Turbo Y Pipe is designed to be a direct replacement of the factory OEM Y Pipe. There are no modifications or fabrication required for installing the IPD Y Pipe. This is an easy and straight forward R & R (remove and reinstall) bolt on upgrade.