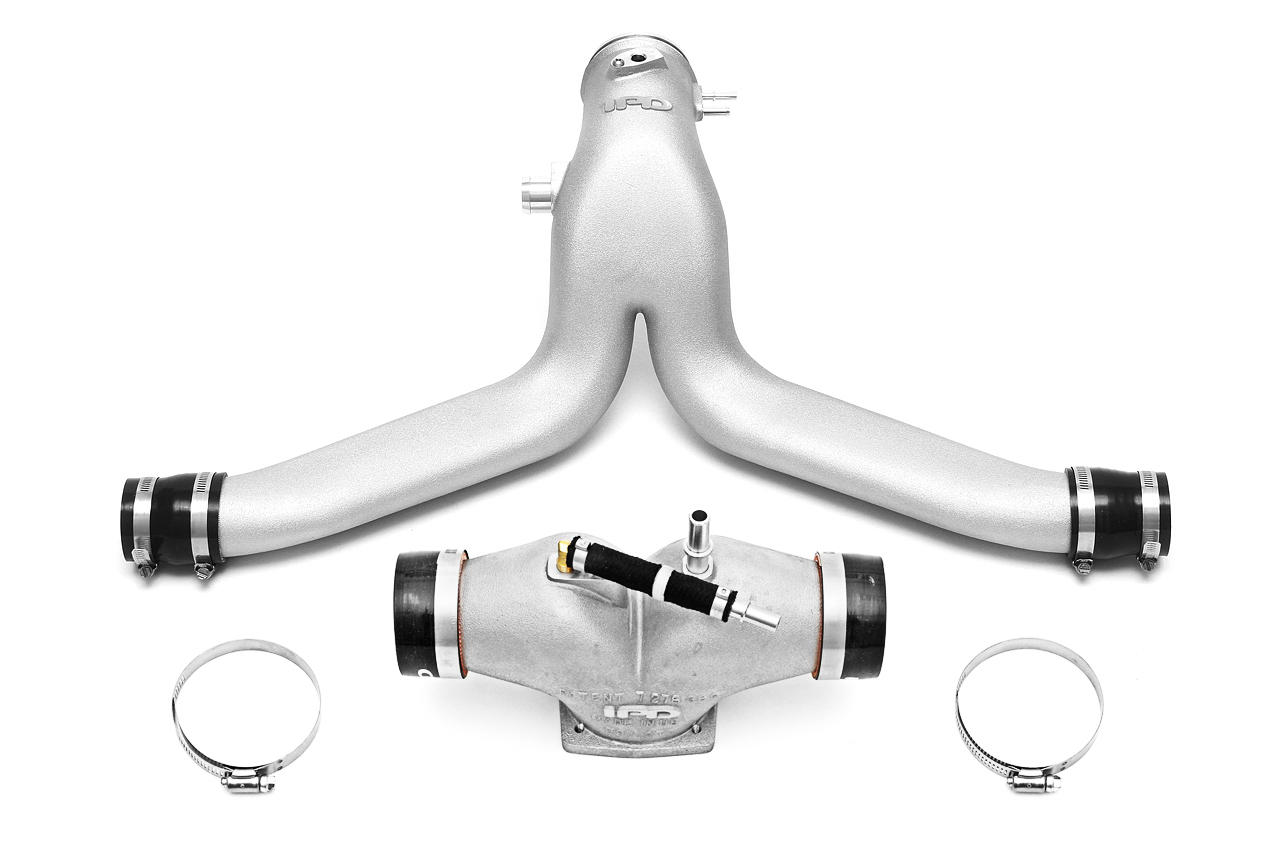 The incredible 991 Porsche Turbo received a completely redesigned exterior but the engine remained virtually identical to the previous model 997.2 Turbo. This latest Turbo is the most powerful, revolutionary and capable Porsche Turbo to ever come out of Stuttgart. This latest generation Turbo engine, titled the 9A1, delivers 520 HP (560 HP with the "S") and once again, raises the proverbial performance bar in the sports car world.

The new 991 IPD Turbo Plenum is nearly identical to the previous 997.2 Turbo Plenums. The new IPD Turbo Plenum is offered in one single 74mm version which utilizes the factory 74mm throttle body. The 991 Turbo intake manifolds are smaller than the 997.1 Turbo manifolds which is great for improved boost response and gas mileage but less than ideal for making substantial power gains. The 74mm TB provides more than adequate flow for these more restrictive intake runners eliminating the need for a larger 82mm "Competition" version.

The already explosive power of the 991 Turbo can be further increased with the new 991 Turbo IPD Intake Plenum. The patented IPD Plenum design works exceptionally well with all forced induction applications and the 991 Turbo is no exception. Power and torque increases provided by the IPD plenum are impressive and stay well above all factory power curves from launch to redline. Maximum power increases take place in the midrange where it's most needed, most critical and most enjoyed.

The 991 Turbo Y-Pipe is a direct bolt-on engine upgrade that requires no modifications but should be perform by an experienced Porsche technician familiar with the 991 platform. Y-Pipes comes with all the required hardware necessary to complete the installation.

The 991 Turbo requires an "adaptation" period that can be fully realized with either a series of hard pulls on the dyno or a series of spirited driving sessions, which of course IPD recommends only be performed on a closed course circuit. Installation of all Turbo Plenums is highly recommended to be performed by qualified and trained Porsche technicians.