5 customers are viewing this product 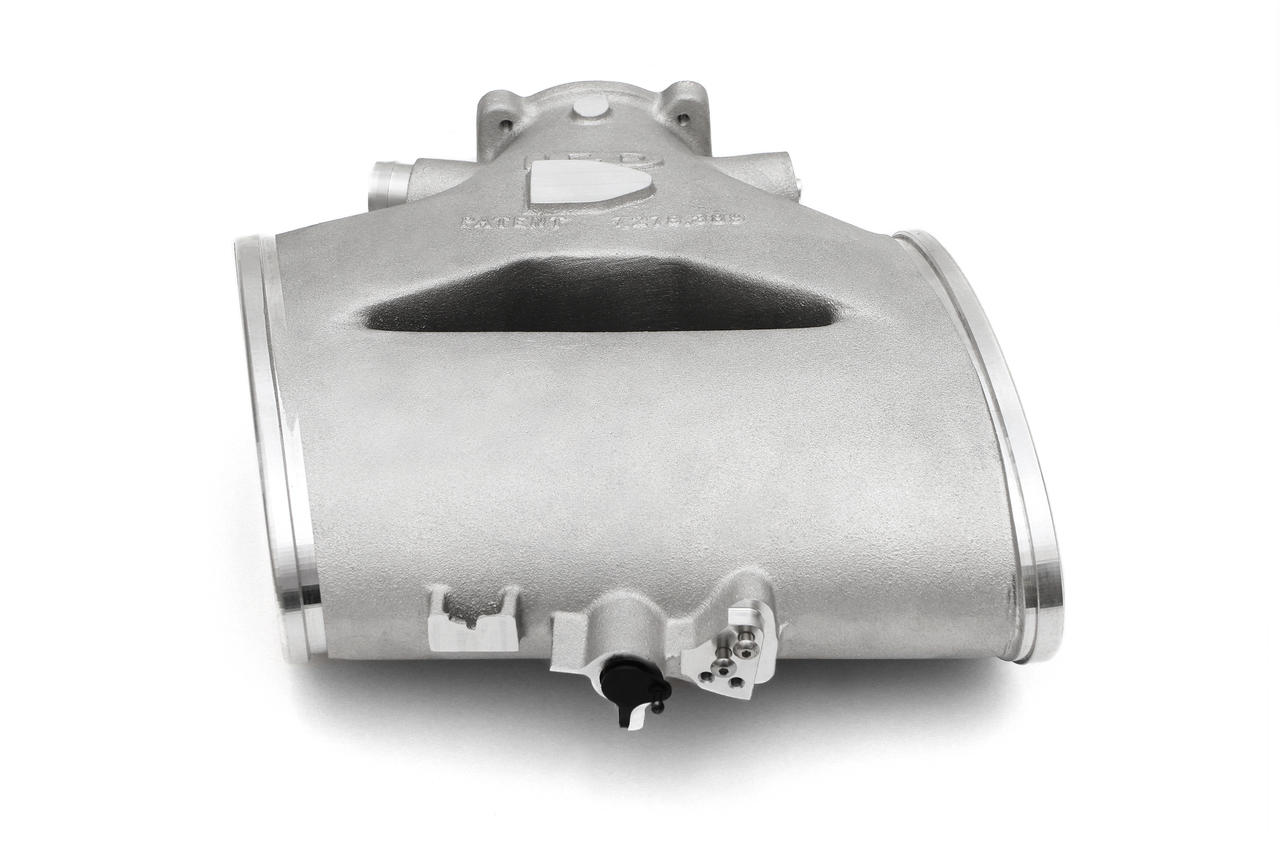 The all new specifically-designed Plenum for the 3.4L Carrera and 3.8L Carrera S is a direct bolt-on upgrade that replaces the factory air intake distributor and utilizes all pre-existing factory hardware and throttle body. Not required on X51 models since vehicle is already equipped with an efficient intake plenum and tuned accordingly. (2012 was a split model year, a 2012 911 Carrera could be either a 997.2 or 991, please verify if your car is a 997.2 or a 991 before purchase)

The superior design of the DFI IPD Plenum provides an additional 15 horsepower at the wheels. Unlike previous naturally aspirated IPD plenums that delivered stronger gains in the mid range, the new IPD DFI Plenums deliver a similar shaped power curve as the factory but are considerably stronger from the mid range to redline without any loses in power down low.

Installation time is about 4-5 hours and should only be performed by a qualified Porsche technician.

The 997.2/981/991 are likely, but not guaranteed, to experience a CEL related to increased airflow after installing the IPD Plenum and larger 82mm GT3 Throttle Body. Unlike previous generation Porsches that used a MAF (Mass Air Flow) style metering device, the new 997.2/981/991 's employ a MAP (Manifold Absolute Pressure) sensor-based intake system.  As a result, the factory airflow tables are much more stringent (lower), and the ECU is much more discerning of additional air being introduced into the intact tract.

Assuming the installation was performed perfectly, it seems that about half of all 997.2/981/991 applications (Non-S, S, GTS, Spyder, and GT4) will still require a throttle body adaptation after installation of the IPD Plenum and 82mm GT3 TB. This procedure can ONLY be performed with a factory Porsche PIWIS computer. Once the TB adaptation has been performed, you “should” be CEL free.

But occasionally some of the 981 applications will continue to experience a CEL related to the ECU reading intake airflow levels that exceed the threshold values programmed within the firmware of the ECU, ultimately causing one of the following fault codes (P0068, P1095, or P1074). If a CEL continues, we strongly suggest a revised mapping of the ECU or have a qualified Porsche ECU tuner to either disable or isolate and raise the airflow levels within the tables of the ECU to complement the IPD Competition Plenum, larger TB, and additional intake airflow being delivered by the IPD upgrade.

Note: These CEL’s do NOT affect the performance or reliability of any 997.2/981/991, it's just the ECU letting you know that the intake tract is flowing more air than the car is programmed to receive, which is exactly what the IPD Plenum is designed to accomplish. This is how the performance gains are realized.

NOTE: Not required on X51 models since vehicle is already equipped with an efficient intake plenum and tuned accordingly. Upgrade will Not result in any power and driving enhancement.

Periodically mistakes are made when ordering, or a wrong part is shipped, and you may wish to return an item. We will do everything reasonable to satisfy you. Please contact Fabspeed Motorsport immediately via email at [email protected] to discuss the circumstances before returning any products. Anything returned without prior authorization from Fabspeed Motorsport will be refused. All returns must be sent back fully prepaid. Our customer service department ([email protected]) will issue a Return Authorization Number, which must accompany any return. A copy of the original invoice and a brief explanation must accompany all returned items. No returns accepted after 30 days from the invoice date. No credits given after 30 days.